16 Books to Inspire Your Next Trip to Morocco! 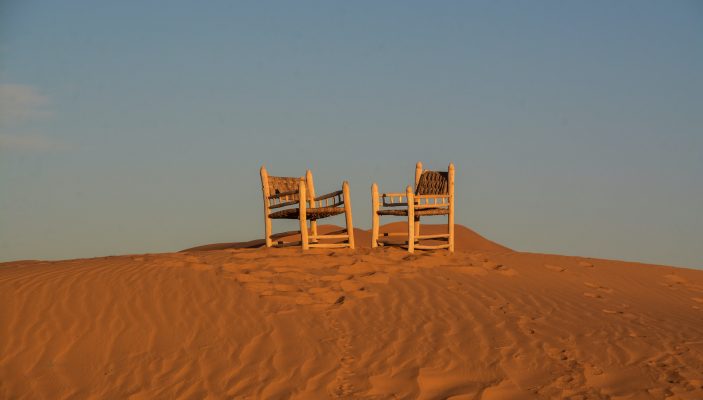 For those who believe in the beautiful quote,” reading is the discount ticket to everywhere” by Mary Schmich. During our travels, books can help orient the reader in the world they are about to enter and Explore, About people, the traditions of the country they are visiting, the history and so much more.  We list 16 Books to Inspire Your Next Trip to Morocco, especially on a road trip, Books that can take you deep on another tour of the history, vacations, culture, Life, and nature of Morocco.

There are over 100’s Morocco Travel books, we only mention available famous books about Morocco here, Books that are written or have been translated into English. Either the ones that are written by some famous Moroccan writer like Mohamed Chokri, or the ones that have been written by western writers. Some of them are travelers like you, travelers that found inspiration in Morocco during their expedition or vacation or trip in Morocco which in some cases end up by settling in Morocco.

Vacations are the best time to lose ourselves in a good book! Are you planning a vacation to Morocco? Can you not wait? Get psyched before you leave by digging into these Moroccan-themed books.

One of the famous novels about Morocco, the Well famous book by Paulo Coelho that is worth reading before or during your trip to Morocco. First published in 1988, the story of the Andalusian shepherd boy who travels in search of worldly treasure is a book of a modern classic that changes the lives of its reader forever. The descriptions and all the stories teach us the Happiness of listening to our heart, taking our own path, and following our dreams.

For bread alone described as “A true story of human desperation, shattering in its impact.” by Tennessee Williams. A book to read while visiting Morocco will take you back to the 1960s and a life struggle for an entire generation of north Africa. The book that you will love during your Grand tour in Morocco is about the author Mohamed Chokri himself when his family left his home in the Rif mountains and walks to Tangier city is searching for a new beginning and better life. But his father couldn’t find a job and grow violent…the book takes you deep into memories and streets of Tangier in detail.

The book was published in 1972 and later was translated into 30 languages.

A great story of a man named Youssef El Mekki, who was born in a one-room house with his mum, dreaming of a great other life in another world. While facing the reality of the harshness of life around him, he found that his father that who believed he died, is alive and a wealthy man who is ready to give him a new start. He lives with his mother and decided to live a luxurious life until things went around when he meets his street and his childhood friends. Trapped once again by his class and painfully aware of the limitations of his prospects, he becomes easy prey for a friend Islamic group. The book takes you on a travel trip into Moroccan society and the struggle for identity and the need for love and family.

The Happy Marriage tells an amazing story of one coupe, from both the husband and the wife view, who is right and who is wrong?

Just as Legal reforms are about to change women’s rights forever, and the illness of the young husband, who finds escape in writing a secret book about his hellish marriage. Followed up with the point of view of the wife when she found the book, her version of facts offering her side of their story an amazing sociologic side of the book.

An amazing Moroccan book to read will take you to understand more about the Moroccan society inside the sacrosanct institution of marriage, Where there is also the awareness of women’s rights is growing.

One of the books set in Morocco describes life in the Medina of Fes, inside the vibrant Moroccan community of Fes. During her vacation in Morocco, Suzanna Clarke and her husband decided to buy an ancient Riad in the Medina or known as Fes El Bali, to restore it using handmade materials and craftsmen to remain as original as possible. The book is an adventure of personal experience often bewildering, at times hilarious, but also it’s a journey into Moroccan customs and a window into the lives of the people on the Medina.

A great book to read during your traveling in Morocco, Richard Hamilton takes you to explore the secrets of Tangier city, its hotels, cafes, alleys. The book explains how the city inspires artists, musicians, and painters. read more about his book Here

A Book to Inspire Your Next Trip to Morocco of one family who takes a tremendous gamble. As we follow Tahir on his travels throughout the kingdom of Morocco. Published on 31 January 2006, An amazing story by Tahir Shah about His family’s while traveling from Landon to its grey sky to the sunny city of Casablanca. Where the culture is totally different. Tahir in his book takes you on a trip from Tangier to Marrakech to the Sahara desert to explore a world of fierce contrasts that any traveler would thrill to call home.

The lord of the Atlas- The Rise and Fall of the House of Glaoua, 1893-1956, A must-read book before or when traveling to Morocco. one of the best books about Morocco history that will take you back to the early Twentieth Century to explore the life of Thami Elglaoui and Madani Elglaoui, Two brothers who curved the history of tribes of the Atlas mountains. Describing His Main place Kasbah in Telouet, where this family lives to the high authority presenting in Morocco.

Returning from the coronation of Queen Elizabeth II in 1953, T’hami ordered the severed heads of his enemies to be mounted on his gates. By the year 1956, when Morocco gained independence, the Glaoua regime toppled like a pack of cards. A classic book of Moroccan history, tribes, intrigue, mystery, and action.

During his camel trekking trip in Morocco, Jefferey Tayler transfers unique moments judging his journeys from Draa valley to the ocean. Published February 1, 2004, as an extreme journey in the Sahara desert of Morocco. He travels in nomadic style with stubborn donkeys and camels and Berber guides – archetypal wanderers and co-originators of the Islamic civilization.

With Such expedition in the Sahara to the Atlantic ocean, valleys,  visits to the Kasbahs, marabouts, and mosques. It’s a book to read before your tour in Morocco!

One of the best Morocco travel books where Shah takes us deeper into the real Casablanca to uncover mysteries hidden for centuries from Western eyes. This entertaining and penetrating book, take you on a journey into the labyrinthine Medinas of Fez and Marrakesh, traverses the Sahara sands, and tastes the hospitality of ordinary Moroccans.

When A death triggered a sequence of events that led to Catharine Ann Chandler’s abduction. When her father finds her in a nomadic Berber camp in the heart of the Atlas mountains, where also he discovers values that remain hidden to the Western way of life. Learn a culture and values that have been retained for many 100 years. With this amazing book Be prepared for self-examination of all that you hold dear? Reaffirm the sanctity of your personal life and daily existence! Re-evaluate the meaning of life on earth!

A book that is easy with an unexpected ending, very recommended Book for travelers to Morocco!

Described as Paul Bowles’s most beautifully subtle novel, This is a uniquely inspiring book set in Morocco, exactly in Fes city. Teaches the Gap in understanding between cultures and once again it’s an exploration of the dilemma or the outsider in an alien society.

Paul Bowles (1910-1999) was a composer and writer, who settled in Tangier (Morocco) in 1947 and lived there as an American expatriate until his death.

This “wonderful and enchanting” memoir tells the revelatory true story of one Muslim girl’s life in her family’s French Moroccan harem, set against the backdrop of World War II (The New York Times Book Review)

This is one of the Best Moroccan books of a girl who without access to the world outside, confronting the Mysteries of time and place, gender and sex. Fatema Mernissi on her book illuminating what was like to be a modern Muslim woman in a palace steeped in traditions.

“It was said that only three Christians had ever visited the walled city of Chechaouen: one was poisoned, one came for an hour disguised as a rabbi, and the other was Harris.” Book review by Times Literary Supplement.

Walter Harris visited Morocco for the first time in 1887 and lived in the country for more than thirty-five years. Morocco That was, is Moroccan sharp, Melodramatic, and funny books that witnessed a unique period of time within the kingdom of Morocco. The book was published the first time in 1921 to contain some vanish days of the unfettered Sultanate in all their dark, culture with barbarism, refined cruelty with naive humor.  Morocco that was, definitely is one of the best “16 books to inspire your next trip in Morocco” list

Following her expedition tour in Morocco in 1917 during the turmoil of World War I. As one of the best authors in the early 20 century, Wharton traveled in Morocco with a French General in a motorcar for much of her trip, while providing a great social and psychological insight.

IN 1921 Edith Wharton became the first woman to win the Pulitzer Prize. She was also nominated for the Nobel Prize in literature on 3 different occasions.

Richard Hamilton in this amazing Moroccan traveling book tracked down the last few remaining storytellers that are related to the Mysteries and the beauty of Morocco. For a generation, the main square of Jamaa El Fena gathers some of the best storytellers that entertain every visitor to the red City, these stories that moved from a generation to another have been automatically disappearing with the appearance of television, movies, and the internet

Like anywhere in the world, books may annoy the central authorities/ governments. Morocco kingdom has also banned over 20 books that may hold some important truth and historical recorded. Here are a few that we suggest for travelers that are curious about politics and history.

Click one of our contacts below to chat on WhatsApp